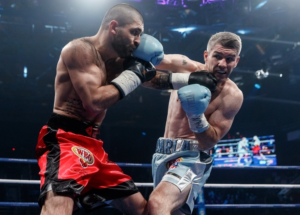 Liam Smith suffered a close points defeat to Magomed Kurbanov during their fight in Russia on Friday.

It was a superb start from Smith, who appeared to drop Kurbanov in the first round, but the referee decided not to score it as a knockdown.

Both fighters were trading as the rounds progress, with Smith having the majority of the success, rocking Kurbanov on several occasions.