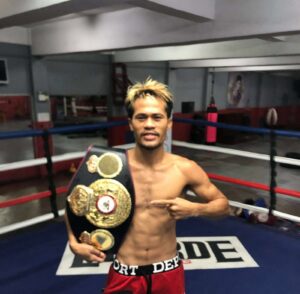 Saludar had experience on his side. He had been a world champion in the past and at the age of 30 he did not miss the opportunity to take the belt.

The Polomolok native used his resources well and pressured Paradero by being superior for most of the fight and getting the important win.

Subscribe to our new YouTube Channel starting soon with the latest boxing news and results, gossip and information from around the world. Just click the image link below:

For the list of boxing events we will cover live with and with unofficial scorecard (main event), click the following link > Live Boxing Results & Events Events <